Back to Sea Level: Peru's Jungle and its Capital, Lima 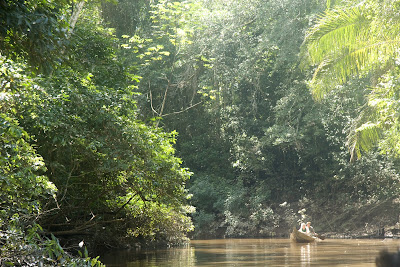 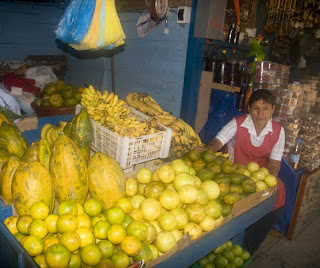 After a short flight (or a very long bus ride) from the chilly arid city of Cuzco, you can be in the hot and humid jungle, part of the Amazon Basin. About half an hour after our departure from Cuzco's airport, we arrived in the frontier town of Puerto Maldonado, at the confluence of the Tambopata and the Madre de Dios Rivers. The Madre de Dios is a tributary of the Amazon. The town is only about 30 miles from Bolivia and should soon be linked to Brazil through the Trans-oceanic highway, now under construction, and a new bridge. The town is known for eco-tourism and the collection of delicious Brazil Nuts. 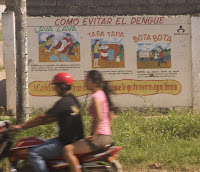 We shed outer layers of clothes and settled in for the relaxing one and a half hour motorized canoe ride to our lodge, the EcoAmazonia. When we arrived we were shown to our airy, spacious screened-in cabins with private baths, and ceiling fans, functional only in the evening hours when the generator was operating. 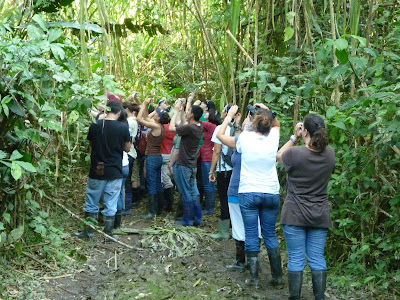 After a tasty lunch in the large dining room, we donned ill-fitting rubber boots for a short boat ride to a place called Monkey Island where monkeys who need to be reacquainted with the wild had been sent. We soon found that the rehabilitation process had been less than complete. Despite the guide's warning that all water bottles should be stowed, one of the young women in our group had hers visible. In what seemed to be a split second, a large black monkey swooped down, wrapped his arms around her legs, grabbed her bottle and draining it. The young woman shrieked in terror, and developed a migraine headache that lasted the rest of the day. 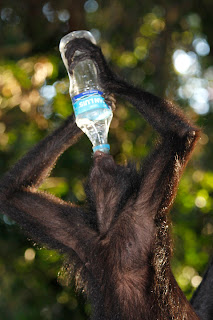 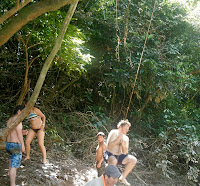 Another afternoon we fished with bamboo poles from the side of the boat, and some of us (not me!) went flying through the air, Tarzan-like, at the end of a robe overhanging the muddy river. During a night outing we spotted the glaring eyes of caiman (the same as alligators) and the brilliance and clarity of stars only that clearly visible in an environment with so little ambient light. After a short hike to a small pool during the day, several caiman surfaced, drawn by bait furnished by our guide. 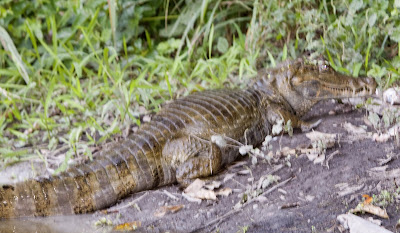 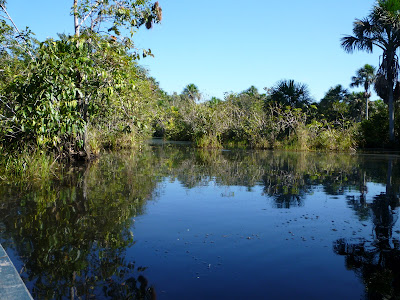 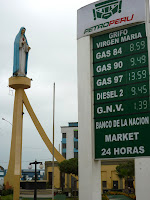 After being in Puerto Maldonado, we had to reeducate ourselves once we arrived in Lima, about the dangers of traffic. The chaos was enhanced by the fact that it was raining. This might not seem so strange to most of us, but Lima averages just 7.5 inches of rain a year, so it was quite an event. 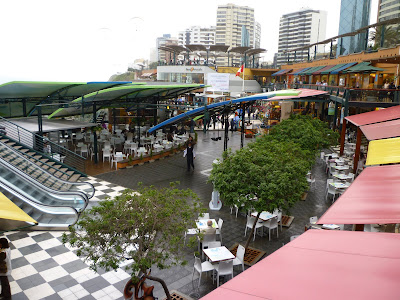 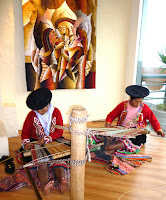 One of our Lima stops was a visit to Larco Mar, a modern shopping center actually in the trendy suburb of Miraflores. Most of the merchandise in the expensive tourist shops was from the Cuzco area, as were two indigenous weavers doing a demonstration in this iconoclastic setting. 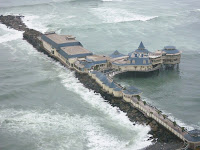 At the coast below the shopping center, we noticed the prestigious restaurant, La Rosa Nautica. We ate there many years ago, just before it got blown up by the Sendero Luminoso (the Shining Path) during one of Peru's turbulent periods. 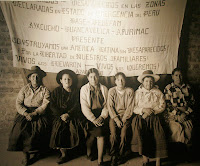 At the Museo de la Nacion, in fact, we saw a remarkable photography exhibit commemorating that period of Peru's history. "Yuyanapaq To remember 1980 to 2000" was dramatic, and really huge. We highly recommend it to anyone interested in the history of Latin America. 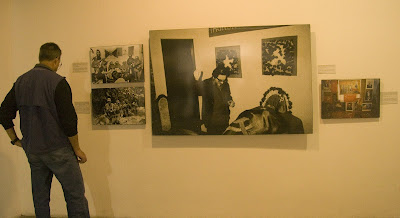 The museum had many other components to interest the visitor. We spent several hours there, and enjoyed a guided tour with a university student giving us a lot of insights into the history, art, and culture of Peru. 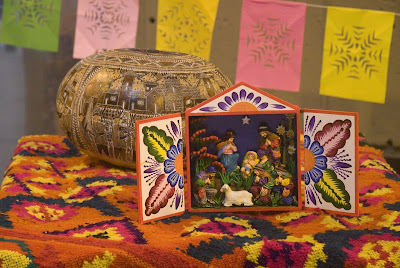 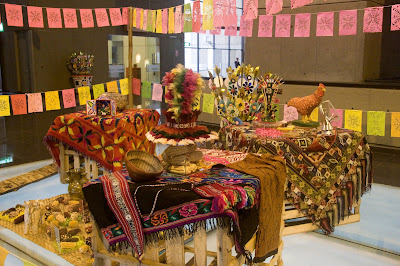 Posted by MaryAltier at 1:56 PM No comments: