The Mysteries of Peru: Machu Picchu and the Sacred Valley 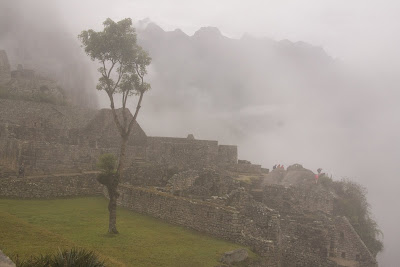 The access to Machu Picchu, often called "Lost City of the Incas," has definitely gotten easier since I was first there nearly 40 years ago, but the feeling of mystery it evokes has not changed. When we arrived in the early morning, Huayna Picchu (the mountain peak rising sharply behind the ruins) wasn't visible and the entire site was dripping from that night's precipitaton. 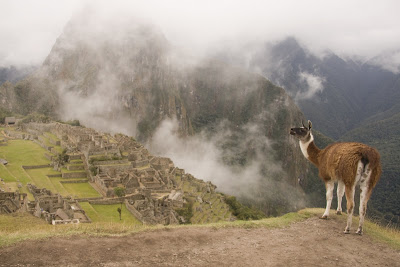 As we trudged up and down the steep steps listening to our guide's explanation, clouds and fog wafted in and out, until we finally got the view we had been waiting for. At that moment, a llama raced frantically over to the precipice near where we were standing, as though compelled to do so, and posed elegantly for several photos. 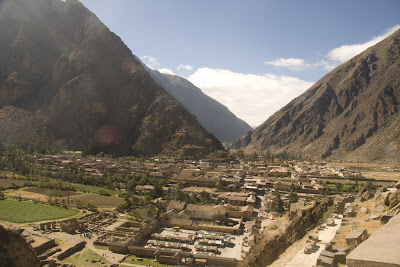 On the route from Machu Picchu 60 km. away from Cuzco, the train stops at one of my other favorite destinations, the Sacred Valley town of Ollantytambo. Here a dramatic archaeological site nestles up against a tidy Andean town. The site was built by an Inca emperor as a ceremonial center. The town dates from the late 15th century and has some of the oldest continuously occupied dwellings in South America. Colonial and republican buildings surround The Plaza de Armas. 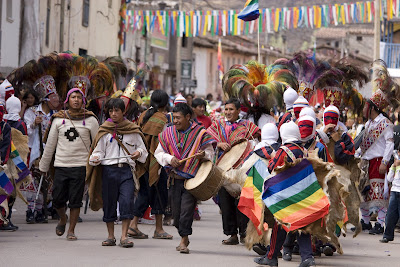 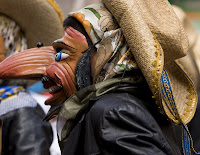 Not far away, another Inca site (Inca Pisac) towers above the sprawling town of Pisac, on the Urubamba River. The hillside is lined with agricultural terraces constructed by the Inca and still in use today. It was distroyed by Pizarro and the Conquistadores in the early 1530s. The modern town of Pisac was built by Viceroy Toledo the 1570s. 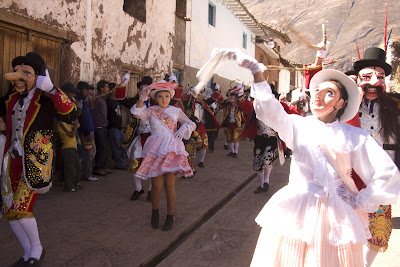 While in Pisac, we attended two days of the Catholic festival of Our Lady of Carmel which goes on for several days. The processions we saw began outside of town and culminated in the town's main plaza. The exuberant energy of the brightly costumed dancers was amazing. I couldn't restrain myself from shooting hundreds of images of the diverse material displayed before me. 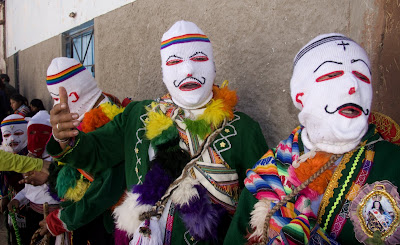