Rocking and Rolling in Cuzco, Peru 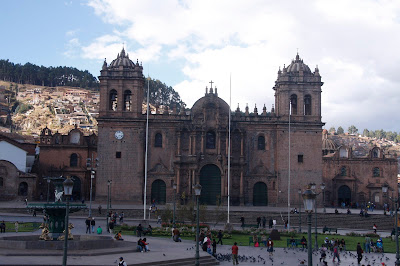 After a brief stay in Lima, Peru, John and I arrived in Cuzco, 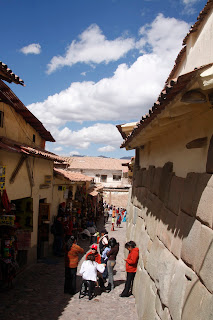 where the massive Inca-built stones can be found all around the vibrant city. The center of it all is the Plaza de Armas, flanked by La Catedral and La Compania, both magnificent colonial edifices. Other plazas and colonial churches dot the landscape, all of it surrounded by the ever-changing earth tones of the Andes.

One of my favorite sites is Corichanca, once the Inca empire's richest temple, over which was built the colonial church of Santa Domingo. This site is the city's most dramatic example of both types of architecture and of the colonial dominance over the indigenous civilization. 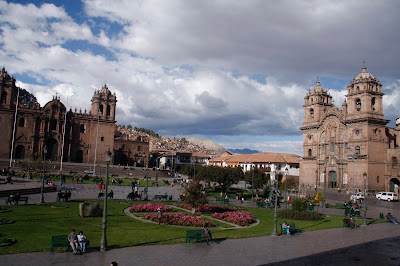 A short drive (or a long hard walk) away are four other archaeological sites. Sacsayhuaman is the most dramatic, with huge beautifully fused Inca stones, one of which weighs 300 tons. Although extremely large, only a small portion of the site remains. 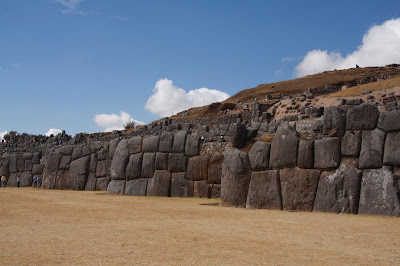 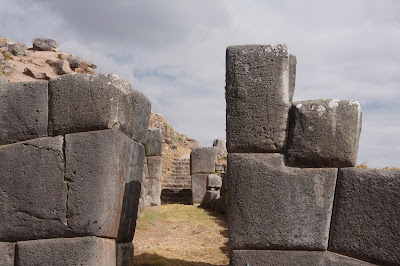 Posted by MaryAltier at 2:56 PM